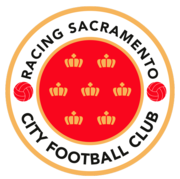 Racing Sacramento City FC can participate in the qualifying rounds for the Lamar Hunt U.S. Open Cup through their affiliation and membership with the UPSL, the U.S. Soccer Federation (USSF) and the United States Adult Soccer Association (USASA).

The club will host its home games at O'Neil Park (715 Broadway, Sacramento, CA 95818) in compliance with UPSL National Division I standards.

Morris Pagniello is the Owner and President of Racing Sacramento City FC;  former professional footballer, and owner of Racing Murcia City FC in Spain's professional third division. In addition is the founder of Genova International, one of the biggest international soccer academies. Genova International registers more than 25,000 players worldwide and has placed hundreds of players into pro and non-league clubs in Europe over the last 12 years.

Racing Sacramento City FC Owner Morris Pagniello said "We are setting up opportunities for players to be seen by coaches from all over the world. We're starting from the elite Professional Development level with the UPSL down to the youth level,"