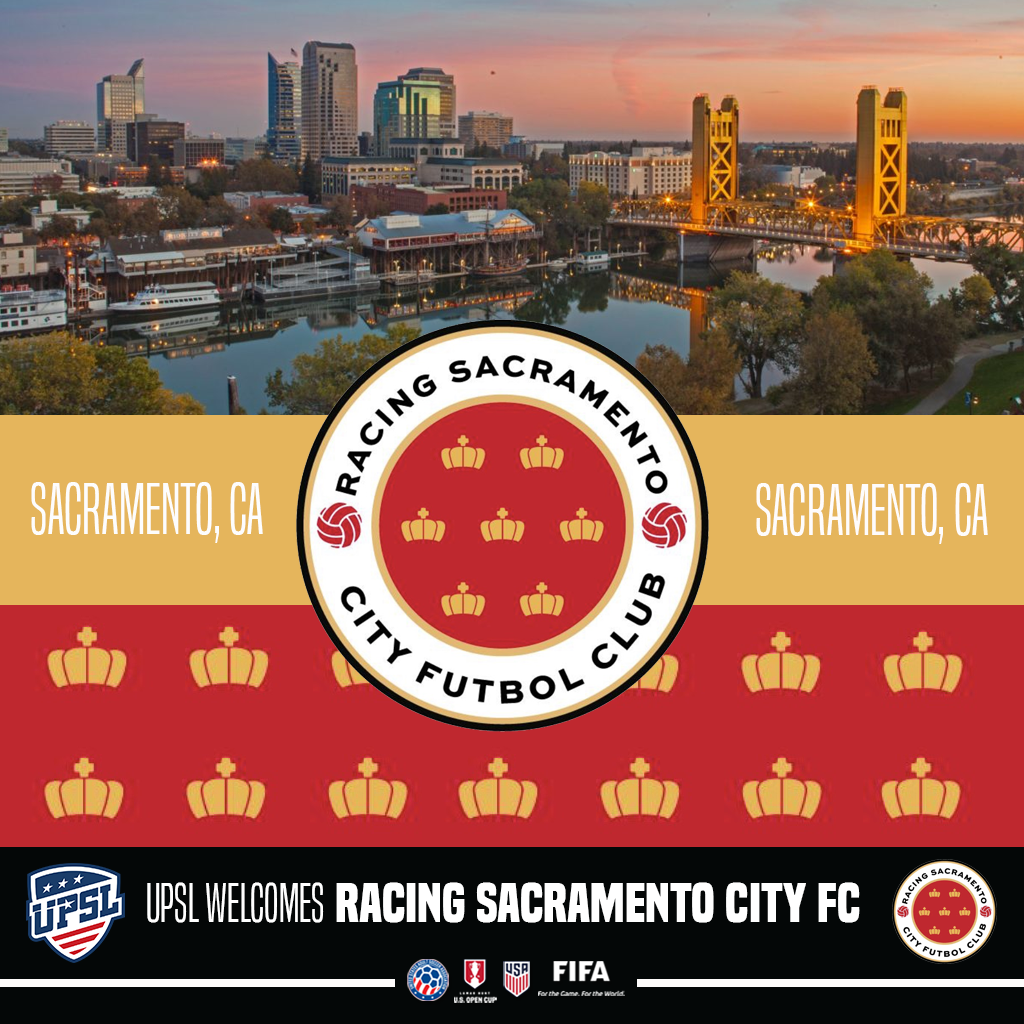 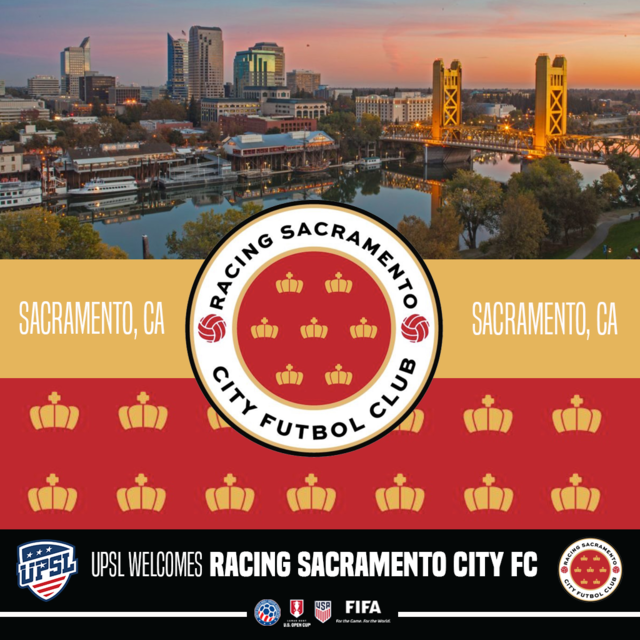 Based in Sacramento, CA, Racing Sacramento City FC will begin UPSL play in the 2020 Fall Season as part of the Wild West Division I. The club will host its home games at O'Neil Park (715 Broadway, Sacramento, CA 95818) in compliance with UPSL National Division I standards.

United Premier Soccer League Commissioner Yan Skwara said, "Racing Sacramento City FC has a strong foundation in place and we're excited to welcome the club to the UPSL. It's certainly a testament to the league's stability and legitimacy that a Spanish professional club is now a member of the UPSL. In fact, clubs across California's Central Valley, from Bakersfield to Sacramento, are quickly developing stronger profiles and better strategies for larger-scale success. The UPSL has been the home for much of this growth and we're excited to include Racing Sacramento City FC."

Morris Pagniello is Owner and President of Racing Sacramento City FC. A former professional footballer, Pagniello is owner of Racing Murcia City FC in Spain's professional third division and also is the founder of Genova International, one of the biggest international soccer academies. Genova International registers more than 25,000 players worldwide and has placed hundreds of players into pro and non-league clubs in Europe over the last 12 years.

"We are setting up opportunities for players to be seen by coaches from all over the world. We're starting from the elite Professional Development level with the UPSL down to the youth level," Racing Sacramento City FC Owner Morris Pagniello said.

"We want to thank Commissioner Yan Skwara and the UPSL for giving us this opportunity to help our club and players achieve their goals. The UPSL is a great league and we're proud to be new members," Racing Sacramento City FC General Manager Ali Radmand said.

Racing Sacramento City FC can participate in the qualifying rounds for the Lamar Hunt U.S. Open Cup through their affiliation and membership with the UPSL, the U.S. Soccer Federation (USSF) and the United States Adult Soccer Association (USASA).

The UPSL was formed in 2011 and currently includes more than 300 teams nationwide. The UPSL is the largest Pro Development League in North America. Each UPSL team is individually owned and operated.

UPSL teams are eligible to participate in the U.S. Open Cup Qualifying Rounds through the league's affiliation with the U.S. Soccer Federation (USSF) and the United States Adult Soccer Association (USASA).